this post discusses weight, calories, disordered eating, & other potentially triggering topics. please check with yourself & see if you’re in the right mental space to read about such things before continuing. i don’t want to accidentally make someone else feel worse while talking about my own recovery.

sometime in middle school, i decided that my body was not good enough. i’m not exactly sure how it started. i’ve always been slender & active; i’d never cared about my weight or how i looked in comparison to other people. but at some point it crept up on me, this concrete knowledge that my body wasn’t right, that it took up too much space.

for a long time, i didn’t act on any of my thoughts, the ones that told me you shouldn’t eat that & really? you’re eating again? & the classic you’re fat. but they were there, every time i ate something. it’s incredibly difficult to enjoy a meal when your mind is yelling at you to stop after every bite. so eventually i gave in & just stopped eating to try & get some mental peace. of course it didn’t work, because nothing is ever enough to satisfy an eating disorder. even if you’re eating just enough to stay alive, it’ll insist that you’re not doing enough.

my eating habits got messed up very quickly. most days, i wouldn’t let myself eat until about three in the afternoon. when i did finally allow myself some food, it was something meager like an apple or a cup of green tea or a handful or trail mix. i never tracked calories, but i think i was living on around 300-500 calories a day. it was just enough to keep myself going, but never enough to be satisfied. i was always hungry. i was hungry every single days for years.

i never managed to talk to a professional about it (or anyone, for that matter), so i don’t have a specific diagnosis. but i know that i showed traits of both anorexia & bulimia over the years. in the beginning, my eating disorder mostly consisted of restricting, which is a characteristic of anorexia. somehow i managed to do that for about two years: eating the tiniest bit of food every day, or occasionally going several days without eating anything at all. i think the longest i ever fasted was three days in a row.

the fasting obviously had consequences, in the form of me getting extremely sick. i woke up from one of those three day fasts & couldn’t get out of bed. i was feverish, my head felt like it was going to explode, & the intense nausea was the only thing i could focus on. it felt like dying, like if i closed my eyes & slipped away into that pain, i would be gone for good. it was horrible — probably the most painful thing i’ve ever experienced — & it didn’t just happen once. after that first time, i suffered through it almost every morning for months. my morning routine went something like this: wake up. immediate pain. throw up in the shower. almost black out while brushing my hair & getting dressed. eat just enough to regain a shred of focus & quell the nausea.

when my eating disorder was at its very worst, i weighed 83 lbs. according to BMI calculators, i should have weighed 98 lbs. at the very least. i was really, really sick, & here are some side effects, both mental & physical, of my eating disorder:

– i was cold all the time
– my stomach was concave; it hurt & you could see my ribs
– my period would disappear for months at a time
– sometimes i refused to leave my house if i’d eaten too much
– my hair was thin & dull
– i compared my body to everyone that i saw
– i thought about food constantly & couldn’t focus on anything else

when i started my freshman year of high school, i weighed around 90 lbs. i had gained a little bit of weight & i didn’t look as sick, but i was definitely still struggling. i skipped breakfast & lunch, so i typically didn’t eat anything until three in the afternoon, when we would get a snack before marching band practice. i wouldn’t eat again until about 6:30, when i got home. this is when i really started showing signs of bulimia. i would starve all day at school, binge at night when i got home, then feel awful about myself & purge. then the cycle would restart the next morning.

it felt like hell. i wanted to stop but i didn’t know how. i would sit at my kitchen table at night & eat a whole day’s worth of food in twenty minutes. i would tell myself to cut it out, just go to bed, you aren’t even hungry anymore. but i just kept eating. it was just as harmful to my body & mental health as my years of restricting had been. yes, i was eating again, but it still wasn’t a healthy amount. & of course the purging wasn’t helpful. my body didn’t know how to respond to the sudden overload of calories, so i still felt terrible all the time.

i know this has been a dark post so far, but here’s where the recovery part comes in! 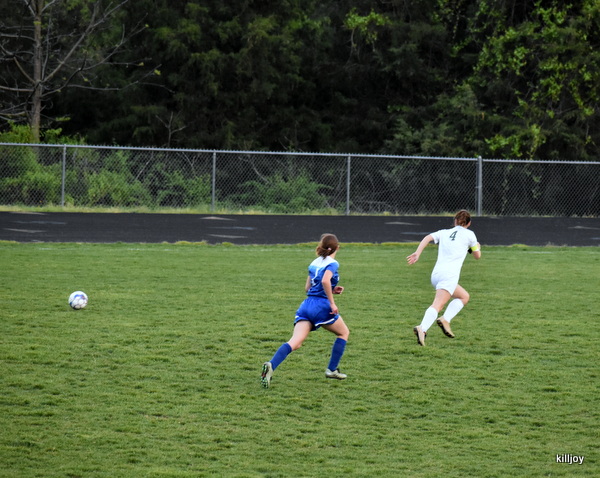 i decided to try out for the soccer team that spring. i’ve played soccer my entire life & i love it with my whole heart. it’s something i excel at without much effort, & the feeling i get when i’m on a field is irreplaceable.

so i went to tryouts & i made the JV team. i’m a talented player & an athletic person, but as the season progressed, i found myself struggling to keep up with my teammates during practice. i was tired after completing warmups, i saw stars after sprinting, etc. it just wasn’t going well & i was incredibly frustrated with myself because i knew that i could play better, so why wasn’t it happening?

one day, we were running laps around the field, & i almost passed out after about a lap & a half. i had to stop & tell my coach that i couldn’t do it. i didn’t have the energy to run because i hadn’t eaten anything that day. it was so, so hard for me to admit that, because not being able to keep up in practice is definitely something i could’ve gotten kicked off the team for.

my coach laid it out for me like this: either i started eating lunch, at the very least, or i couldn’t participate in practice. those were very simple terms & it forced me to make a decision. i could keep giving in to my eating disorder & lose the sport that i love. or i could force myself way, way out of my comfort zone & keep my spot of the team.

the next day, i willingly ate lunch for the first time in years. i even packed a snack to eat right before practice. & i absolutely hated it, because i felt heavy & slow & was sure that all the food in my stomach was just going to make me an even worse player.

but i packed a lunch the next day, & the next, & every single day until the end of the school year. at first it was just salads, a few carrots or grapes, a bag of fruit gummies. just enough that when my coach asked what i’d eaten that day, i could list enough that she would let me practice. as the season went on, i started bringing sandwiches & candy & pie & yogurt & other foods i hadn’t let myself eat in such a long time.

things were improving in soccer, too. i became the star of the JV team. i had enough energy that i could run the entire game & work my hardest at every practice. my coach told me several times that i was basically playing everyone’s positions. towards the end of the season, i even got pulled up to varsity for a few games.

i am so, so grateful to my coach. i don’t think she knows how much that one conversation changed my life. her ultimatum was the kick i needed to pull myself back together & overcome the eating disorder that had controlled my life for so long. she made me realize that i couldn’t reach my full potential as a soccer player if i didn’t take care of myself first & eat. my love for my sport, as well as a healthy dose of willpower & stubbornness, was what it took for me to finally save myself.

by the end of my freshman year, i had hit 100 lbs. i was ecstatic. it was the most i had ever weighed in my life, but instead of feeling ashamed, i was proud. i was so damn proud. i had worked incredibly hard to gain those 10 lbs, most of which was muscle that had helped me perform so well on the field. i felt present & grounded, i had so much energy, & i felt more confident in my body than ever before.

i can’t say that i’ve 100% recovered from my eating disorder. the thoughts are still there, floating around in the back of my mind, but i’ve learned to ignore them for the most part. i still have bad days. sometimes i’m not happy with how my body looks. i can still recall exactly how many calories are in something without reading the label. things like that are still ingrained in my head, because unlearning those habits can be so hard. i don’t know if i’ll ever completely recover & never have to deal with those abusive, disordered thoughts again, but the point is that i am trying & that i am not where i was. 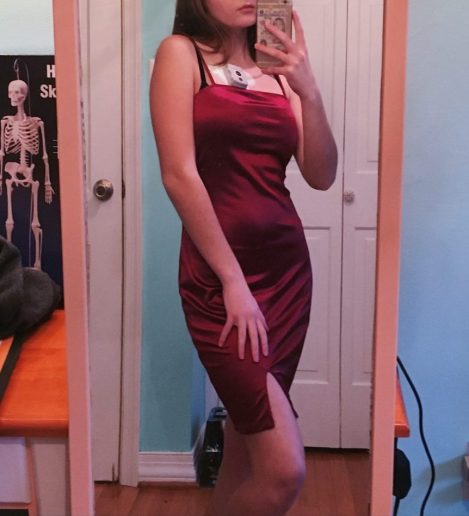 that’s a heart monitor on my chest but i am ok :)

i really am doing so much better now. (i think you can tell by looking at the two pictures above: the one on the left is from 2017 & the right is from earlier this year.) i feel like i’ve gotten my life back. my days are no longer ruled by the irrational fear of something as essential as food. even though i’ve gained over 20 lbs. since my lowest weight, i feel confident. gaining weight is hard, especially when it leads to stretch marks & outgrowing clothes, but i’m learning to love my body regardless. i no longer have any desire to lose weight. i worked so hard to get to this point. i really did almost die trying.

pros of recovering from my eating disorder:

– i’ve developed an interest in cooking
– my hair is super thick & gorgeous
– i can eat all my favorite foods again
– i’m no longer slowly starving to death
– going out to eat with friends (& actually eating)
– gaining weight meant i got to buy a bunch of cute new clothes
– i have the strength & energy to go on adventures, like rock climbing & challenging hikes
– i’ve tried so many new foods, especially desserts

this was hard to write because i’ve never really talked to anyone about my eating disorder. i struggled, starved, & forced myself into recovery, all in silence. now i want to celebrate as loudly as i possibly can. i am tough as hell; i overcame something i thought i would suffer from forever!

thank you for reading this part of my story. my hope it that it inspired some of you to try & overcome the difficult things in your life, or at least to believe that you are not alone & that recovery is possible, even for you.

11 thoughts on “how soccer helped me overcome my eating disorder”

what's on your mind? Cancel reply