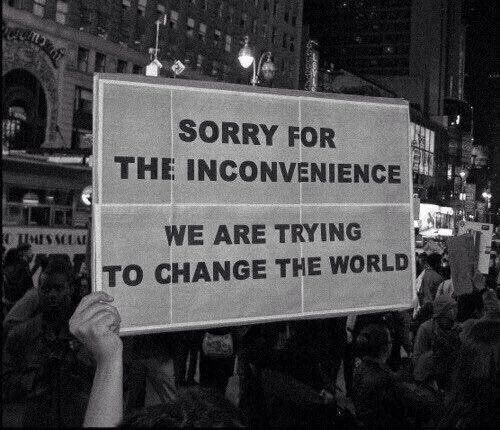 hello, friends, i hope all is well.

gracie nominated me for a tag that she created: the change award. it’s about how you hope to make the world a better place, and i’m really glad that i get to do it. :)

– link back to me, as well as whoever nominated you.
– include this: i, gracie chick of a light in the darkness, created this award to highlight the importance of young people taking responsibility for the future of their world. the change award also gives them the opportunity to share with others what they believe in.
– answer the questions below.
– nominate as many people as you like.

make a list of the things you want to change about schools.

– less testing. they’re too stressful and i always forget what i’ve studied as soon as i’ve finished the test.

– shorter school days. honestly, there’s no reason kids should be in school for seven hours, and then have to do homework and extracurricular activities. personally, i learn better on days with early dismissal because the classes are shorter.

– better anti-bullying movements. one thing that bothers me is that when people talk about bullying, they say that “it can happen to anyone,” when that’s not exactly right. the kids who get bullied the most are poc, queer, mentally ill, religious, disabled, etc. if adults talked more about those things and helped students understand and respect them, bullying would be less common.

– please give us better sex ed, i’m begging you. and make it relevant for lgbt+ students, too.

– less sexist dress codes would be nice. if my legs are distracting some gross teacher, maybe consider firing them??

– more in-depth history lessons. tell us about human zoos in the 90’s, native american two-spirits, margaret hamilton (who created the navigation software for nasa’s apollo project), eudy simelane (a south african soccer player who was murdered and raped for her sexuality), etc.

make a list of the things you want to change about local communities.

– i was reading about the nuclear family and how it’s not that great of a setup. being exposed to just your family’s way of thinking is how toxic ideas get passed down, and it also makes abuse pretty easy to get away with. so children being parented by the community is something that might help.

– i’ve never seen a real block party and i’d like to experience one of those before the sweet embrace of death.

– take the luxury tax off of tampons/pads. what do i do if i’m broke? just bleed on everything because i can’t afford some dumb compressed cotton balls??

– make bards a thing again, please and thank you.

– make it socially acceptable to not want children. i can’t even count how many times i’ve heard “when you’re a mother,” and i say that i don’t actually want kids, and i’m told that i’ll change my mind.

make a list of the things you want to change about the world, your world.

– elect me for president and i’ll make sure melanie martinez goes to jail like she freaking deserves.

– if the media could stop making things like feminism, black lives matter, and lgbt+ issues into jokes, that would be, like, really cool.

– can we end toxic masculinity and the idea that men aren’t supposed to cry? because male suicide rates are ridiculously high, and they would go down if society didn’t think men expressing their emotions is weird and feminine.

– stop victim blaming!! i’ve heard people complain about the #metoo movement, and i don’t get it. why would you make fun of women who have found the courage to speak up about their harassment? am i missing something??

– THE A IN LGBTQA+ STANDS FOR ASEXUAL/AROMANTIC/AGENDER, NOT ALLY.

may @ forever and everly

ellie @ on the other side of reality

i know i’ve missed stuff, but there’s no way i can fit everything i can’t stand about our world into one post without it getting extremely long and full of rants. maybe some other time, though.

no matter what anybody tells you, words and ideas can change the world. -dead poets society

24 thoughts on “the change award”

what's on your mind? Cancel reply